A confluence of things happened today that resulted in my filling up my tank for $2.12 per gallon: 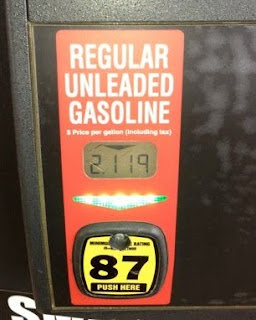 An area with cheap gas to begin with, coupled with a grocery store's 90 cents off per gallon incentive, made the total price $2.119 per gallon.  I doubt I will ever see gasoline that cheap again in my lifetime.

Four years ago in 2009, I was on a ski trip to Salt Lake City, Utah.  Oddly, there are a bunch of oil refineries in Salt Lake City, and the gas there is exceptionally cheap, too.  I was awestruck at the $1.29 gas for sale there.  So much so that I took a picture of THAT, too: 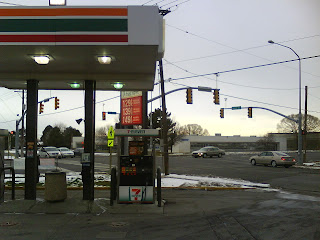 THEN, I was watching Die Hard on a plane trip for work not too long ago.  THAT gas was really cheap: 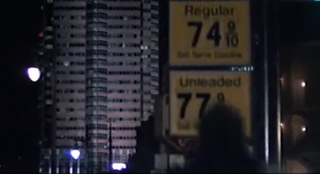 (46:16 for those who really care.)  Those were the days, weren't they?  When the gallon dial rolled by faster than the price dial?  Alas, even with the eGallon now toted by the DOE and electric car manufacturers, only a few states are lucky enough to have cheap enough power to still be less than $1.00 per gallon (equivalent).