Beat the Heat with a Cheap, Indestructible Water Table

A pretty severe heat wave is gripping most of the east coast about now.  With the help of some other internet sites, I modified a design for a kid's water table that makes a great, cheap way to have hours of fun and stay cool at the same time. 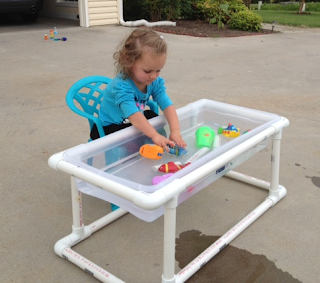 Total cost: about $30
Time to assemble: about 2 hours, maybe less with this guide
Tools needed: a jigsaw.  You could probably do it with a hacksaw, but it would take a lot longer.

Other tubs are certainly usable, but they would change the dimensions from what I'm about to describe. The 41 quart tubs are great for water tables, moon sand, regular sand ... the possibilities are endless.

It really helps to make two lines on the PVC pipe as you're marking it for cutting; it gives you a better line to follow when you're cutting.

Here are the pieces, mostly cut: 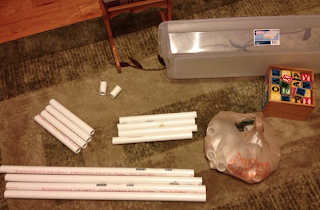 Lastly, don't throw away the spare pieces.  We need to cut them into 8 small pieces (total), each 1.5" long.  These will act as little connectors between the T-fittings and the elbows.  You can see some of them jutting out of the T-fittings here, and 6 others stacked on-end: 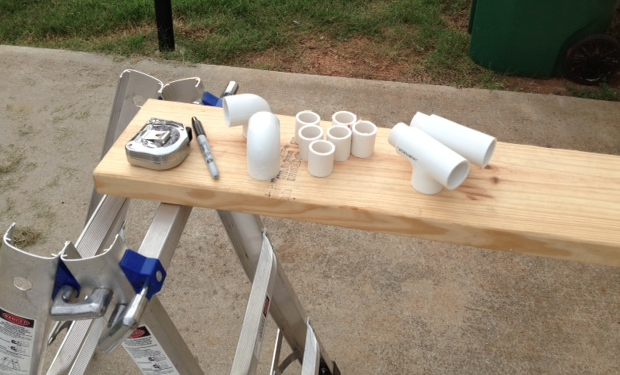 Theoretically, there's supposed to be 1" of overlap between a fitting (like a T or an elbow) and a pipe, meaning the little connectors could theoretically be 2" long.  But friction really works against you when cramming PVC together, and 1.5" is plenty of overlap.

Assemble everything together, and have fun with your new water table!!! 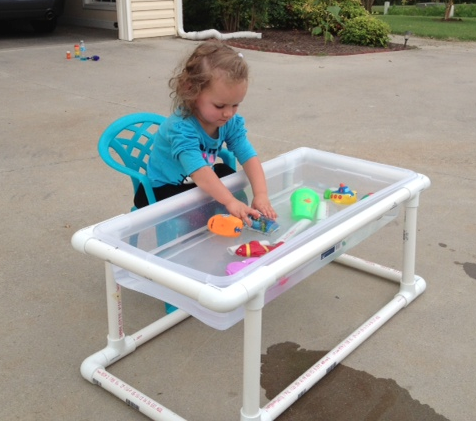 Posted by TheEngineer at 5:41 PM